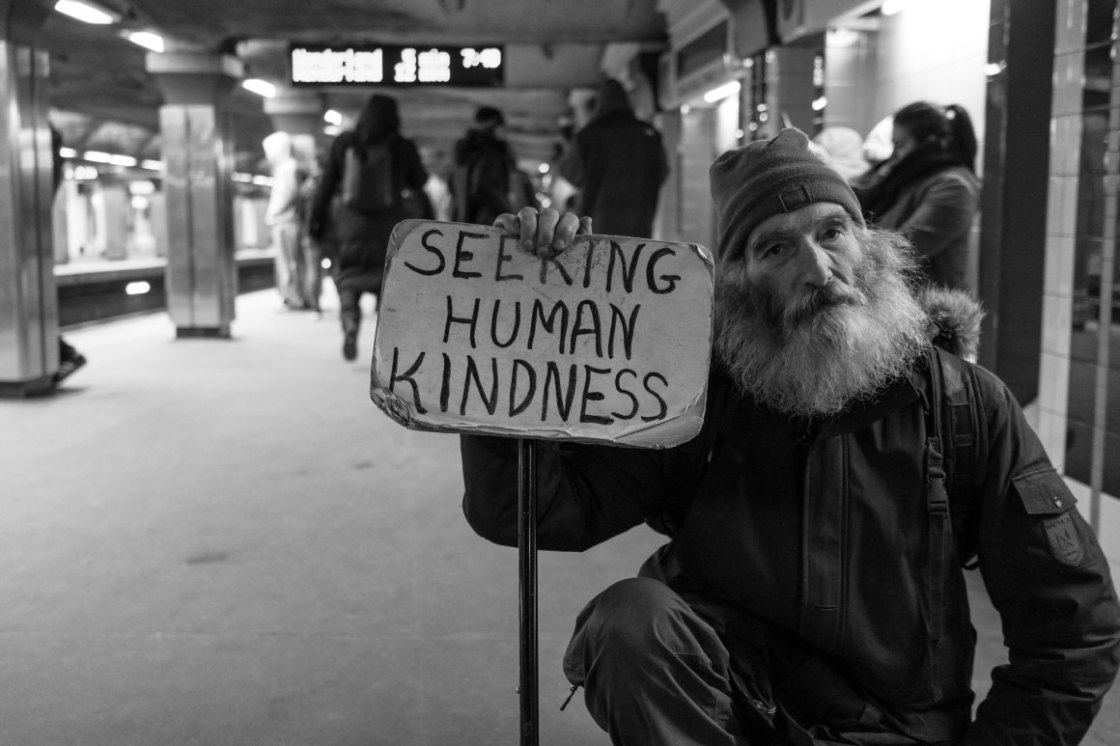 The Essential Nature of Compassion

Early on infant development, we learn to (imperfectly) differentiate between the animate and the inanimate, and, shortly after, at about 14 months, we show the first signs of altruistic behaviour. From a very young age, my parents tried to reinforce this natural distinction and taught me to consider the feelings of others, whether they be human or not; to always be gentle and polite. But there were periods in my development when I saw even inanimate objects as having person-hood: when I played with my toys, or had doubts about eating any chocolate that had the shape of a person or animal, or feared the bizarre portrait of a man with a powdered face on an upside-down record sitting in a storage room in my house. Chances are that you were not different in that respect.

Of course, I have acted with a lack of consideration, even cruelly. Other motivations overrode my empathy for others. My desire for something else would cause concern for others to fade out of my immediate consciousness. Then I could plod all over the feelings of others. Regret, if it came, might come later, when the damage was done.

However, although I continue to act insensitively at times these days, it was all the way back in elementary school that I developed an intellectual conviction that being kind is of utmost importance. Even when others were unkind to me, it didn’t come instinctively to me to retaliate or to bully back. I did, however, wonder if my difficulty with manipulating, lying, and bullying meant that I was weaker than other children. I couldn’t understand their behaviour easily. I could see the outward benefits they reaped from putting others down – a tough reputation, a defence against the very thing they were inflicting on others. But I felt so terrible any time I realised I hurt someone’s feelings. How was their conscience able to bear it?

Now, I feel lucky that I had the adults around me that I had. We were far from perfect, but I think I had the sort of unconditional love and relatively strong attachment with adults that other children may not have had. Bullying is strongly correlated with problems in the family environment. But it also seems to be the case that children are aggressive to each other for hierarchical reasons, and not just because they may have difficult family backgrounds. This suggests that, even as young children, we have a tendency towards cruelty, in the absence of any psychological distress. This is disturbing, but I still wonder if these children had guardians who made a concerted effort to bring up good, kind children.

Humans vary, but all of us share a combination of appealing and not so appealing attributes in varying proportions. Regardless, research on compassion shows us that compassionate, kind acts increase a sense of wellbeing in most of us. One way in which this can be seen is how spending money on others seems to have a more pronounced positive effect on our happiness than spending money on ourselves. The same effect can be seen in toddlers [you can watch some of the videos from the University of British Colombia study here], who are found to receive greater emotional rewards from giving their own treats away than passing on a treat allocated to the other, and to favour characters who behave altruistically over those who hinder others with their actions.

Compassionate thoughts and actions also ease states of depression and anxiety. These negative states are self-focused. When depressed, we dwell on the negative aspects of our own condition. This narrow perspective can be broadened by switching our focus outwards to others in the world. By helping and caring for others, we can’t spend the same energy focused on ourselves, and we see ourselves as one individual in a vast world where everyone is fighting their own battles.

Of course, implicit in the acknowledgement that you are just another individual experiencing the human condition, is that you are also deserving of that compassion which you show to others. If you can look on yourself and your pain with openness and a genuine desire to understand, rather than with criticism and despair, you will better equip yourself to accept the aspects of your psychology and your past that have been hurting or shaming you. By showing yourself compassion, you can soothe yourself and, perhaps, fend of feelings of depression and anxiety.

Compassion is an essential component of the kind of environment humans (and many other animals) need to thrive. In his book, The Compassionate Mind, Dan Gilbert frequently returns to the importance of compassion for human health. This is especially crucial for the young, whose brain development is hugely influenced by the amount of love and affection they receive. Our care-givers react to our physical and emotional needs, and in doing so, they help us learn how to regulate our own emotions and develop a sense of self-worth (“I am held in someone else’s mind as an important and worthy being.”). The person you are now, though sensitive to outside influence throughout your lifetime, was significantly affected by the quantity and quality of care you received as a child. A failure to learn to be in and accept our difficult feelings, can cause us to build a fortress within ourselves, pushing our feelings down into places where we think they can’t be felt, but this can turn us into outwardly cold, callous people who can have issues with cultivating healthy relationships. Inappropriate parenting may also lead to violent individuals who feel that they have to constantly fight for their right to exist in a hostile and unloving world. We are evolved to “expect” love at birth to such an extent, that even the absence of human touch can severely hinder our development in the early years, or even kill us.

The argument for the individual’s wellbeing also serves as a plea for a better world. What an astoundingly beautiful fitting together of two jigsaw pieces! Compassionate parenting helps develop emotionally healthy human beings who are capable of being compassionate themselves. Each act of kindness can bring a bit more happiness to the world and sets an example for others to act kindly in turn. Social environments alter according to multiple factors, but the behaviour of those within them is an important factor. A generous and patient individual, who listens to the problems of others and empathises with them, can significantly disrupt an otherwise hostile and stressful social environment. Such behaviour shows people another way to be that doesn’t have to mean making themselves more vulnerable to the ill-will of others or sacrificing important resources. Compassion is contagious. We know that compassionate thinking and behaviour correlates with better mental health and the self-care that tends to lead to physical health, so what is stopping us from taking on the goal of nurturing our sense of compassion, ourselves, and the world? Compassionate living is a win-win.